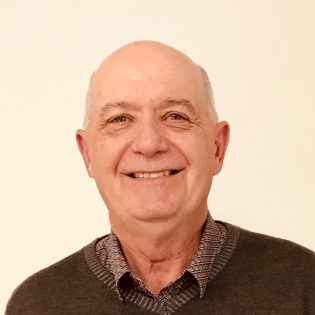 “My entire career was about the wellbeing of Western Australian citizens. Joining the board of Reflections continues this passion.”

Born and raised in the Wheatbelt town of Kellerberrin, Lex completed his Leaving Certificate at Merredin Senior High School whilst boarding at St Michaels Hostel, prior to moving to Perth in 1974 to undertake a Bachelor of Applied Science (Social Work) at the WA Institute of Technology, now Curtin University, completing his degree in 1978.

December of that year, Lex commenced work with the Department for Community Welfare in Moora as a field officer. Two years later, he was appointed Manager of the Kimberley Division being responsible for departmental service delivery and a staff of 60. In 1984, Lex transferred to the Goldfields as the supervisor and in 1987 was appointed to the senior executive service of the WA Public Service as the Director North Country based in Port Hedland and responsible for the Pilbara and Kimberley regions. In 1991, Lex transferred to Perth where he held several positions including Director Human Resources, Executive Director South Metropolitan and Executive Director Service Delivery, until leaving the department in 2006.

From that time until his retirement in 2019 Lex held various positions within Government including acting CEO of the Pilbara Development Commission, Director General Indigenous Affairs, Assistant Commissioner Youth Justice Services for the Department of Corrective Services, and Worksafe WA Commissioner for the final seven years of his career.