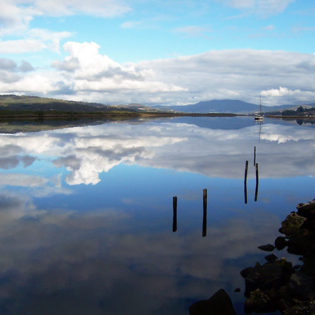 In 1917 the Mines Department first recorded the presence of blue asbestos in Western Australia’s Hamersley Ranges. Lang Hancock pegged the leases of blue asbestos around Wittenoom Gorge in the late 1930s and early 1940s. After being appraised of the value of the blue asbestos fibre on the London markets, he entered into arrangements to mine and sell the blue asbestos to British companies.

In 1943, the Colonial Sugar Refinery Company Limited (CSR) acquired asbestos leases (and a primitive mill) held at that time by the Hancock Syndicate (Messrs Lang Hancock, Wright and Warren) and formed Australian Blue Asbestos Limited to develop the deposits. Mr Hancock became Superintendent of the operation from its inception to 1944. The company was incorporated on 17th April 1943. A few years later, Mr Hancock resigned from this position as the Superintendent, however CSR continued to mine blue asbestos until they closed the mine in 1966. Then CSR sold all of the leases including the facilities of Wittenoom township to Mr Hancock and his companies.

One of six recognised types of asbestos, blue asbestos (crocidolite) is the most dangerous. These asbestos fibres were used to reinforce thin rigid cement sheets known as asbestos cement sheet or AC sheet or fibro, short for fibrous (or fibre) cement sheet. Although fibro was used in a number of countries, it was in Australia where its use was most widespread, predominantly manufactured and sold by James Hardie & Co.

Due to its sound absorption qualities, durability, heat and fire resistance and affordability, fibro soon became a very popular building material throughout the country. Although fibro was used in the construction of a wide range of buildings, its ease of construction enabled the middle-class Aussie battler to become both architect and builder of their own dream home. At the peak of the housing boom in the 1950s, one third of new homes were owner-built and most of these were constructed of fibro.

Over time the fibro home has become an icon of the Australian landscape. Simultaneously, this product has become synonymous with the suffering and death of thousands of people, many of whom were involved in the manufacture and installation of the product.

This extensive use of fibro and other products containing asbestos has dramatically affected the course of the Australian building industry, and the lives of the people involved for many years to come.

This is the true story of one ordinary man, an innocent victim of these tragic circumstances.

The old timber building with asbestos eaves by the banks of the Huon River, in the quaint village of Franklin, Tasmania, caught my attention as I walked along the riverbank with my mate. Almost absentmindedly, I remarked, “It’s a wonder we both don’t have an asbestos-related disease, Barry.”

“Yeah,” he replied, “that’s true. With all our years in the building industry, it is a wonder.”

I have known Barry for close to fifty years. He spent all his working life in the building industry, having started out as an apprentice carpenter and joiner in my hometown of Busselton, Western Australia. From those humble beginnings, Barry has worked in most of the roles the building trade has to offer, from leading hand to supervisor, sub-contractor to construction manager.

It is no surprise to me that Barry’s skills were sought out by quality builders in Perth. His career culminated with Barry founding his own building inspection company to meet the overwhelming need caused by falling standards in the building industry.

The old saying that ‘a man is only as good as the woman behind him’ is so often true. Barry’s wife, Renee, has been by his side through thick and thin; from raising their children while Barry worked long, demanding hours to working alongside him in their business until his retirement in 2007.

In all the years I have known Barry, his generosity and sense of giving has never been for personal gain. This has been evident in his and Renee’s involvement in church and community affairs, voluntary work such as building churches and schools, or community support work.

My conversation with Barry on the banks of the Huon River came vividly into focus a few months after that walk, when Barry phoned from Tasmania. “Hi Bill, it’s Barry. I’ve got it!”

The months that followed were traumatic, to say the least. Through a series of seemingly unfortunate events, despair gave way to hope; what seemed so senseless took on meaning and purpose.

To write this foreword has been an absolute privilege. Read on and understand the wonder of what happens when the focus changes from ‘me and my problem’ to ‘how can I enrich the lives of others in need?’ I believe that Barry, while hardly a saint in the commonly used sense, has been provided with the opportunity to encourage and help people in their darkest times. I am confident that this book will play a vital role in the lives of many others.

“I have the results of the biopsy and they are not good. Unfortunately, I have to inform you that you have mesothelioma in your left lung. This is a disease that has no cure, so I will refer you to an oncologist who may be able to give you more time with the right palliative care.” The specialist’s words hung in the air.

He looked straight at Renee and me as we sat in front of him and I stared straight back. Renee said, “You mean this is terminal, don’t you?”

“Yes, I’m afraid so,” he replied with some compassion in his voice. Renee had placed her hand on my leg and at his response, I felt her fingers tighten and her nails digging in as the realisation of what we had just been told sank in. We sat in stunned silence for a few moments.

“How long is my life expectancy?” I was so shocked, I hardly knew what I was saying.

“We can’t tell you that because it varies from person to person, but six to maybe nine months.”

Six to nine months … what! This is worse than a nightmare – someone wake me up!

Turning to Renee, I could see the horror on her face and I could do nothing to comfort her. We had just been told that our time together, now spanning forty-seven years, was going to end in six to nine months. The emotions started to reveal themselves as tears welled in my eyes and trickled down my face. Although the diagnosis was what I had expected, the reality of it being confirmed was unimaginable. I just wanted to reach out to Renee and hold her as she looked so frail and overawed by it all.

The doctor went on to tell me that I should do all the things that I had wanted to do but hadn’t yet done, and to make the most of every day while I was able. We left the room in silence and walked back to our car.

My mind was going a million miles an hour, working through many different scenarios. Renee was lost in her own thoughts as we drove along the highway, before finally saying, “How and when do we tell the girls?” It didn’t take long to realise that we had to tell them as soon as possible and then start making preparations to move back to Perth to be near them. They would provide much needed support for us both, but especially for Renee. We didn’t know what the next few weeks would bring but we were fairly certain, based on the medical diagnosis we had just received, it would be most unlikely that I would be there to share Christmas 2010 with them.

Kalgoorlie to Perth Walk – Getting There
May 2012

The sound of the alarm woke me to another day. This was going to be no ordinary day, it would be the first of seven that would take me well outside my comfort zone. It was Sunday May 29th, 2012, and I was going to join a group of complete strangers with a common purpose on a journey that would take us to Kalgoorlie by coach. Then, over a five-day period, we planned to walk back to Perth, a distance of 560 kilometres…