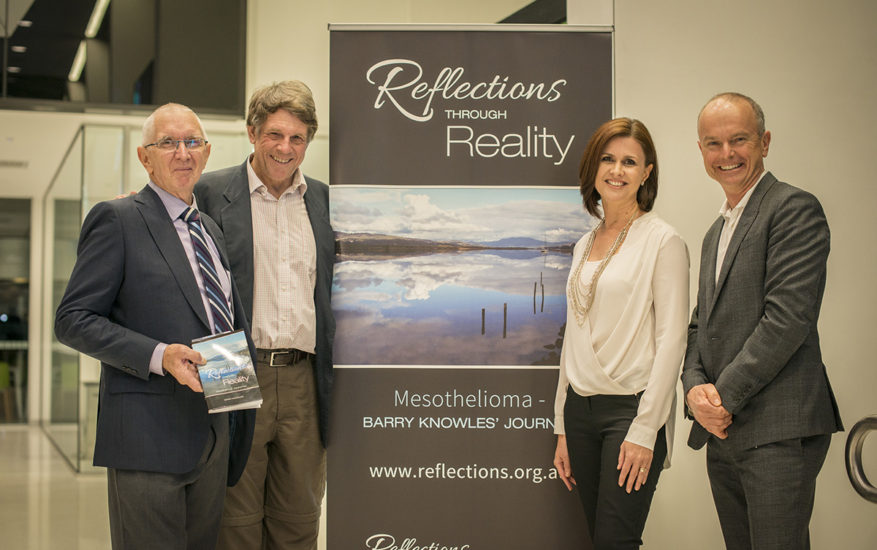 Diagnosed with mesothelioma in February 2010 and given 6-9 months to live, Barry Knowles has defied the odds and, with the support of his wife, lives on determined to help in the battle against the insidious asbestos-related disease.

His skills and his honest, hardworking approach made Mr Knowles a respected and valued member of the WA building industry until his retirement in 2007 – but he will pay the ultimate price. In his new book, Reflections Through Reality, launched at the end of May, Mr Knowles shares his family’s darkest hours – the shock of his diagnosis, his subsequent battle with ill health, his fight for compensation and his hope as he faces an unknown future.