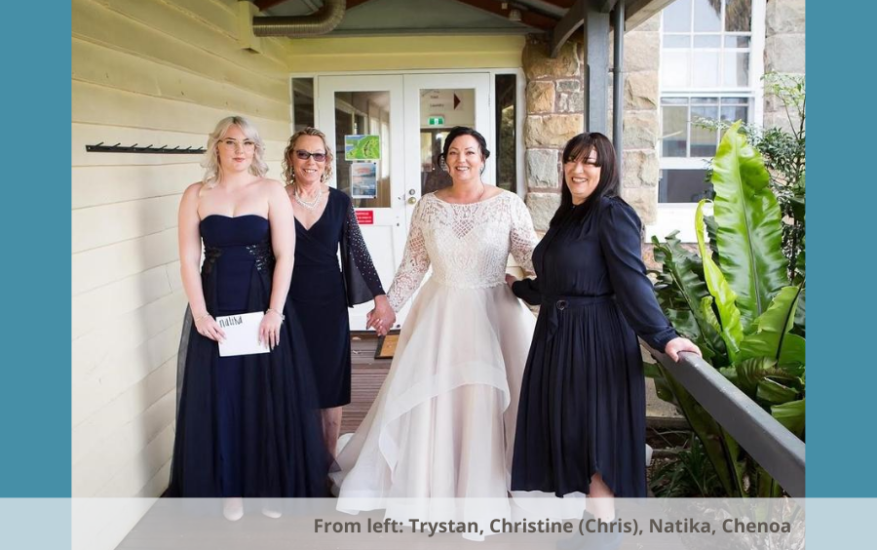 One Last Christmas, We Got Two!

When Mum received her diagnosis in 2018, she was told “make Christmas count” and so we pulled the family together and made a huge day of it thinking it would her last.

But true to form, Mum defied the odds and we got to celebrate another family Christmas in 2019, on the beach in Albany, the sun shone and more precious memories were made.

Mum, or Nanny Chris as she was affectionately known by many, contracted mesothelioma years after breathing in asbestos fibres as a child when her dad built the family of nine a new house on the farm in Broomehill. Commonly, the material for building at the time was asbestos, and just as commonly, the children played in the dust and off-cuts to fill in their days. It was not until fifty-odd years later we would learn of the devastating effect those playful days had when, at age sixty-one, Mum was diagnosed with pleural mesothelioma.

Mum was exposed to the deadly material in her home and as a child, and from that moment on, never had a chance of living a long life. She sadly died eighteen months after diagnosis at the young age of sixty-two and one exact half. Even though she was young and fit, the disease was too much for her.

Not every person’s meso/cancer journey is the same and although some questions burn in your head for answers, there are often none to give. For instance, Mum was desperate to know the what and hows about her decline and eventual death, but no one would give her or us a definitive answer. I recognise now why; Mum’s journey and end of life were as individual as she was. Although she was not quite capable in the last six months as she had been in life, she was by no means slowing down. There was no slow decline with Mum, there was going okay, plateaued, then a controlled and comfortable sleep before the end of life.

I guess what I am trying to say is that, try not to get caught up in the “what could happen” and live what is happening while you can. That goes for the patient and the family.

It is important for people to hear and share stories of asbestos exposure and mesothelioma to continue to create awareness in the broader community of non-occupational exposure. I had no idea that Mum had played in asbestos as a child or that mesothelioma existed until her diagnosis. Of course, I had heard of asbestosis and the dangers of asbestos, but it was always referenced to a work/professional environment. If we had been more aware and educated, Mum may have recognised or at least questioned her symptoms earlier. Yes, the outcome would have remained the same, but the journey may have been longer.

Chris lost her battle with mesothelioma in January 2020.

If you, or someone you know, are suffering the effects of mesothelioma or would like to know more about the work Reflections is doing to reduce the impact of asbestos on the community, contact us today and one of our team will be in touch.