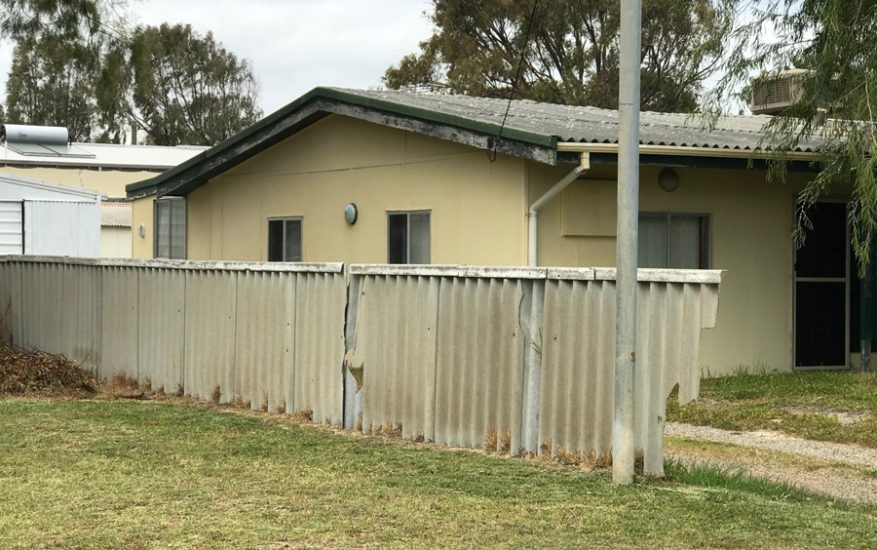 As the Christmas season draws near and we look forward to spending time relaxing with family and friends, many of us will be thinking ahead to what projects we can get done around the home or holiday house. Before you get started, check to make sure you will not be disturbing any asbestos-containing materials.

Simply drilling into a ceiling or wall, removing carpet or lino, demolishing a broken-down fibro fence… you could expose yourself, and those around you, to potentially deadly asbestos fibres.

Asbestos is a naturally occuring fibrous mineral used extensively from the mid-1940s to the mid-80s. Its versatility and fire resistance meant it was used in over 3000 household and building products, including cement sheeting, roofing tiles and guttering, electrical switchboards, and even things like window putty and vinyl tiles.

Despite its health hazards being well-known, it was in production until 1984 in Australia, phased out during the 80s, but not completely banned until 2003. But banned doesn’t mean banished! If you’re working on a building built before 1990, there’s a good chance it contains asbestos.

If asbestos is disturbed, thousands of tiny fibres are released becoming airborne. Inhalation is the most common, and most dangerous, route of exposure; with fibres becoming embedded in the lungs. This can cause scarring of the lung tissue, leading to asbestosis, lung cancer and mesothelioma – terminal cancer.

A ‘silent killer’, its health effects can take 15 to 40 years to appear. Thousands of Australians have died from or developed an asbestos-related disease as a result of handling the raw material or working with products containing it.

Building materials containing asbestos are ageing or being disturbed and by demolishing, working on or not properly maintaining these materials, the risk of exposure is increased.

You can’t see, smell or taste asbestos. If you’re unsure stop!
There is no safe level of asbestos exposure.

This guide for householders and the general public is a handy resource. The Cancer Council also offer a course to help you kNOw asbestos.

Don’t sand it, drill it, touch, or even disturb it.

BE ASBESTOS AWARE and have a safe, happy and healthy Christmas season.