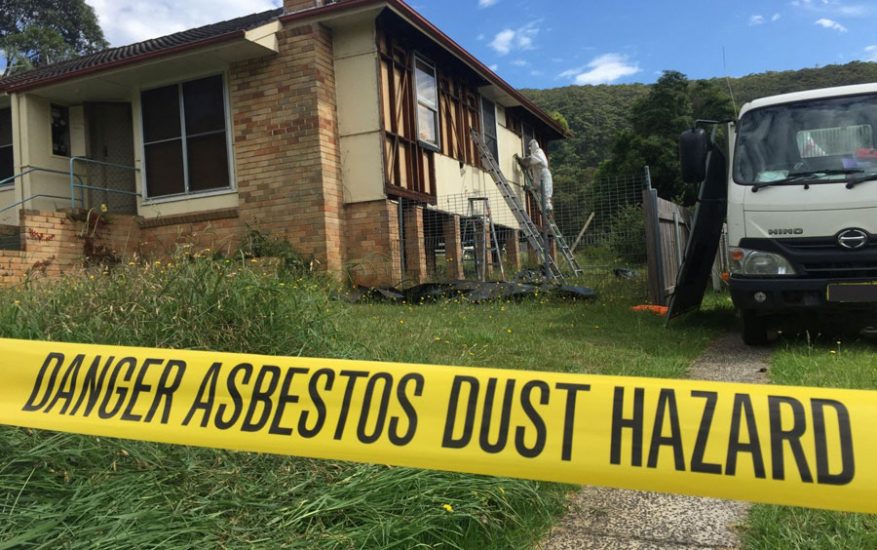 When I bought my first house back in 2003, I was young, 21 and thought I was bulletproof. Being in the plumbing & construction industry I knew about asbestos but didn’t know the devastating long term effects on the body or know about the handling of the product.

I’d heard scary and horrific stories, but hey, I was 21, and truly believed that a bunch of disturbed particles in the air could not hurt this fit, strong (and clearly naive) young man!!

“How stupid,” I think of myself now looking back. There were multiple occasions where I had cut, screwed through and handled asbestos with the care of a bull in a china shop.

A friend once told me of an occasion, while performing a building task onsite, he came across a buried asbestos fence panel. The only real precaution he took was to water it down (a small preventative measure) and then proceeded to bury it in another location out of the way. Out of sight, out of mind. I’ve seen these, and worse, measures used industry-wide.

The truth is I currently employee 7 plumbers that think similar to my old irresponsible 21-year-old self. No matter how hard we try as educators to make young and old tradies see the light, they blindly march on thinking that it won’t happen to them.

As a plumber, I have seen asbestos in many building products and in multiple locations. From piping systems and stormwater tanks to eaves lining and gas heating flues. It really is everywhere.

Two of my four fences at home are still asbestos. At least two sides are ok! Phew! I say phew mainly because the cost and time to remove this asbestos properly can be staggering.

I usually have two or three friends a year ask me if they can casually remove asbestos on their own. Are they serious?? How do they not know these dangers?? They think that handling asbestos is as harmless as, sorry, handling turds without gloves. Thankfully they asked because it could have been another tragic ending to themselves and the people exposed to the asbestos. The effects can take a very long time to eventually kill.

I have had two close friends pass away from this terrible disease called mesothelioma, and I can’t explain the pain to their friends and family as they watched them slowly deteriorate before finally passing away.

We have to continue the asbestos education for years to come. Asbestos will be around us for thousands of years and it’s everyone’s responsibility to think about it where the potential for exposure exists.

I’d like to see a better government/local council approach in years to come. We can all be part of the solution if we care!