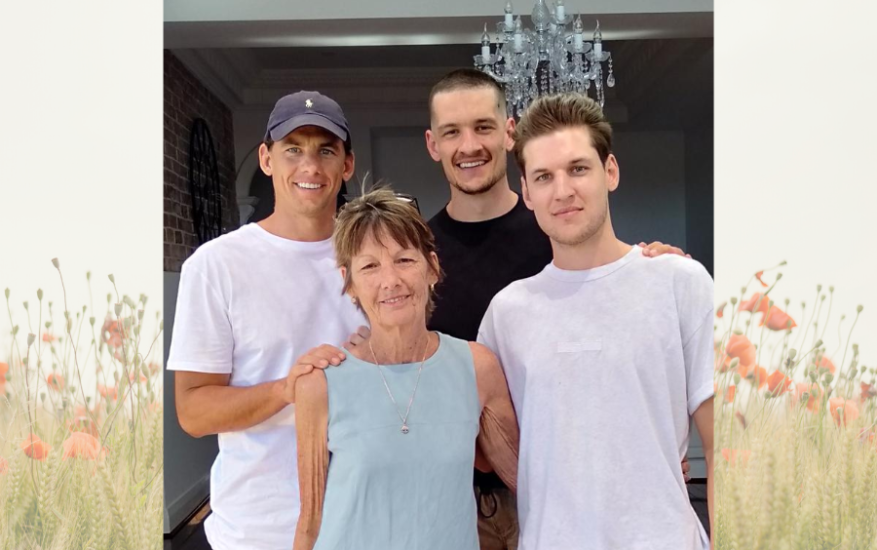 Of all the illnesses that I imagined I might get or have with that occasional pain here or there, mesothelioma was certainly not on my radar. Even when told that was what I had, it was hard to take in. How does a country girl from Victoria, who at 21 years of age moves to Perth, contract mesothelioma?

I am 64 years of age, married with 3 adult sons and I was diagnosed with peritoneal mesothelioma on 31st December 2018. This is asbestos-related cancer that develops in the lining of the abdomen. Somewhere, sometime, I have ingested an asbestos fibre.

The only reason I had gone to see a doctor was that I had lost weight. The diagnosis was a shock! Telling my children what I had and the prognosis was one of the most difficult things I have had to deal with.

When or how I was exposed to asbestos is hard to determine. I do know when I was in Victoria the family home had a garage made out of cement sheeting, more than likely asbestos. It had pieces broken from time to time when the cricket balls or footy were accidentally hit or kicked onto the sidewall. Since moving to WA the only exposure I know of is that my husband worked on water drainage pipes, which we have since found out contained asbestos. Coming home with asbestos fibres on his clothes is the closest we can come to my exposure to asbestos.

When first diagnosed with mesothelioma I was put on a cycle of chemotherapy that lasted 24 weeks, from January 2019 until June 2019. It held my meso at bay, but my body needed a break from chemo. I was in pretty good health after this until April 2020. My mesothelioma had spread into my organs namely the liver. I was once again put onto the same chemotherapy drugs that I was on previously, but I was unable to handle them this time around. I became very sick and weak. I lost a few kilos which was disappointing as holding my weight was something I was always trying to do.

My original diagnosis was from 18 months to 3 years and of course, I was hopeful of the 3 years plus if possible. I have reached that 18 months but been told that I will probably only have a few months now. I am on another round of chemotherapy using a different drug. This has been much kinder to my body so we will see if it helps me at all in a month or so when I have another scan.

Asbestos was something that I was aware as I work with the government education department and removing asbestos from schools is ongoing as the need arrives. In saying this I never felt I was in danger at work or any other place. Probably in hindsight a bit complacent.

I have a son who is in the building trade and making sure he is aware of the dangers of asbestos is something I have spoken to him about. I most certainly do not want him going through what I am at the moment.

People need to be informed of the dangers. Since my diagnosis, I have been informed of the many places asbestos is and it has blown me away. Such a danger to people yet it is everywhere.

Carmel lost her battle with this disease on 8 September 2020.

If you, or someone you know, are suffering the effects of mesothelioma or would like to know more about the work Reflections is doing to reduce the impact of asbestos on the community, contact us today and one of our team will be in touch.