Reflections, as I sit here in my office in April 2022… 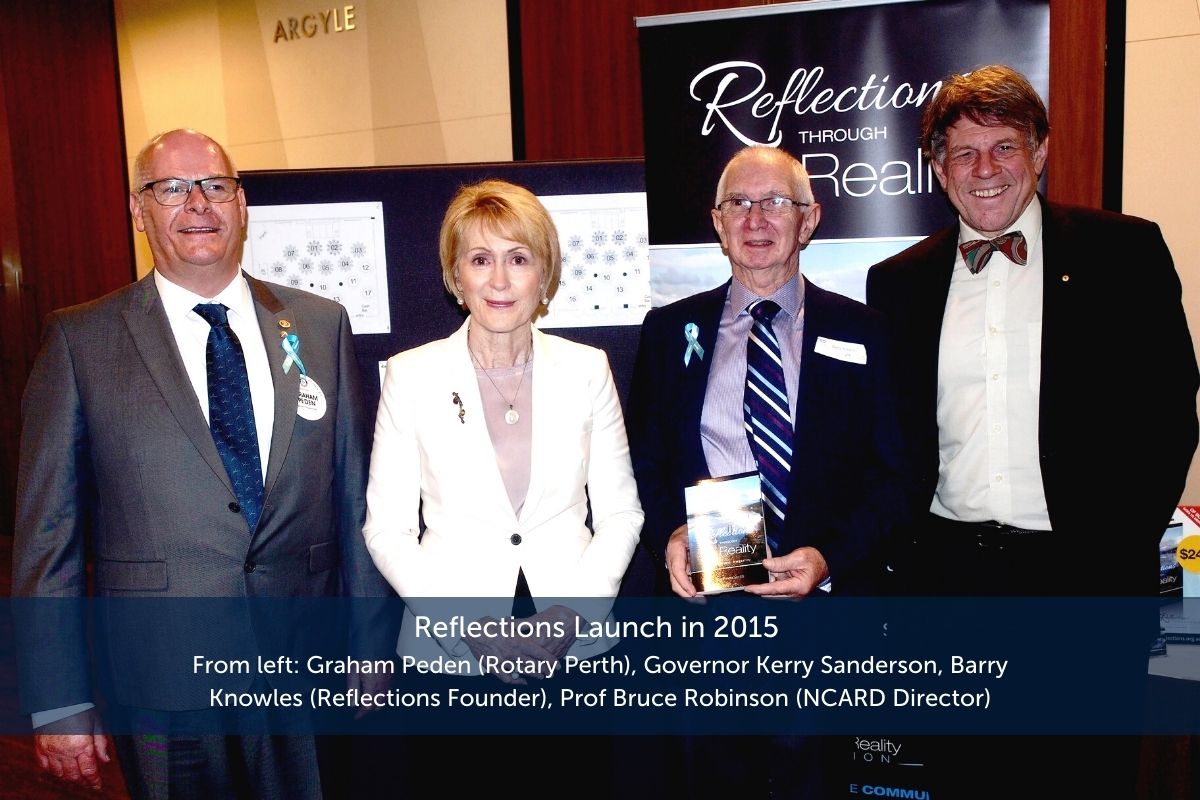 Graham Peden our newest board member and past District Governor of Rotary District 9455 here in WA, reflects on when he first met Reflections’ founder Barry Knowles. In this article, Graham also talks about his knowledge and experience of asbestos…

I was born in Canada and educated in England. After leaving school I went on to study Building Project Management at Leicester Polytechnic in the UK. As well as studying building construction, administration and construction management I was also required to experience what was then known as ‘craft appreciation’ which allowed me to better understand the trades such as bricklaying, carpentry, plumbing, painting, decorating and electrical services etc., to name a few. As part of the course, an understanding of building materials was required. Back then in the early 70s and as a student I was being advised that there was this building product, a fibre-cement sheeting which contained asbestos and research at the time identified that the asbestos fibres could cause serious health issues.

Jumping forward a few years I ended up as the site manager to build a Community Centre in a town near Peterborough UK. Throughout the building, both internally and externally, the cladding and linings were specified as fibre-cement sheeting and yes, containing asbestos fibres.

Being the responsible site manager, I organised all the necessary personal protective equipment (PPE) including filtered masks, eye protection, full-body disposable covering overalls etc. I allocated a location away from the building and pointed out the direction of the prevailing wind and the carpenter set to sawing cement sheets. In the process, he was creating clouds of cement dust which also included asbestos fibres. Half an hour later I go out to find that the carpenter had removed all his PPE because he was too hot. At that time, it was difficult to get the trades to understand the dangers of asbestos and the health side effects but then in those days plumbers and roofers would spend time working with lead and then they would eat their sandwiches at lunchtime without washing their hands or washing out lead fragments from beneath their fingernails. The safety and health of individuals in the building industry were really generally considered of secondary importance at that time.

Arriving in Australia in the 90s and now qualified as a quantity surveyor, in many instances, I was involved with costing the removal of asbestos in all its forms which had been incorporated within many buildings here in Perth and WA; whether asbestos had been used in schools, defence facilities, or as cladding to residential or commercial buildings or just broken up and buried to then later to be discovered unexpectedly and needing to be disposed of properly.

It was while I was the President of the Rotary Club of Perth in 2015-16 that I first met Barry Knowles and Jo Morris. Barry had been diagnosed with Mesothelioma, he surprised his specialists because his health had not deteriorated as was the norm. It was also at that time the Harry Perkins Research facility on the QEII campus had just been built, yet another connection, as I live virtually next door to this cancer research facility.

It just seemed to be providence that I am now invited to become a member of the Reflections team with a focus on asbestos awareness and its impact on the health of individuals but with a view to educate our WA community and influence our community leaders to encourage the removal of the source of the problem namely asbestos products throughout our built environment.

I recall that Barry always found it amusing that I found difficulty in pronouncing ‘Mesothelioma’ when addressing this at Rotary functions, but I have s now mastered the pronunciation and eagerly looking forward to helping reduce the incidence of mesothelioma in our WA community.